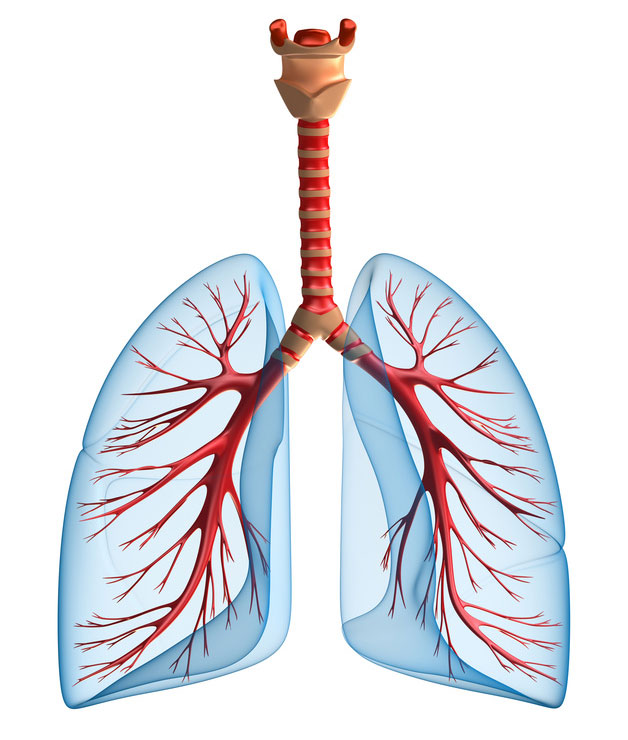 Cystic fibrosis patients suffer from the formation of stubborn phlegm which affects the passage of mucus in the lungs, among other things. This results in shortness of breath and coughing.

Cause of cystic fibrosis

The cause of cystic fibrosis is a defect in chromosome 7. The affected gene is a protein that acts in the cell membrane as a chloride channel. Because of the gene defect, the protein is altered and the channel function is impaired. To date, more than 1000 different mutations of the CFTR gene are known. Cystic fibrosis only arises when both parents inherit a mutated gene. If both parents are carriers of one mutated and one healthy gene, the probability of a child receiving two intact gene copies is 25%.

The probability that a child with one intact and one mutated copy is healthy, but can pass on the mutation is 50%, while the probability that the child is ill is 25%. If both parents are diseased, all children will inherit the illness.

To date, science is unable to provide a conclusive explanation as to why a defect that engenders such a severe illness, is so prevalent and does not disappear over time. Therefore, a conclusion has been drawn that the cystic fibrosis illness must carry with it an evolutionary advantage.

First, it was suspected that the disease progression of cholera is positively affected thanks to the gene defect. The dissemination of CF does not support this theory, however, as cystic fibrosis often appears in areas in which cholera is seldom diagnosed, and vice versa.

A connection to typhoid was also suspected, but could not be proven. The bacterium depends on the CFTR channels in order to arrive in the intestinal cells.

The most possible explanation is a protection against tuberculosis, which is accompanied by a predisposition to cystic fibrosis. This correlation has been relatively well demonstrated in clinical tests.

The main symptoms of cystic fibrosis are a chronic dry cough, advancing shortness of breath, mucus in the lungs and pancreas, digestive disorders, all the way to delayed growth, intestinal obstructions, infertility, and jaundice.

The symptoms are more or less pronounced depending on the severity of illness.
Women can learn while pregnant whether their child is affected by CF, by undergoing a genetic analysis of the amniotic fluid. Later on, the illness can be diagnosed through sweat tests that point to elevated levels of salt in the sweat, and radiographic images that indicate blocked airways.

There are several options for therapy; recommended among them is respiratory physiotherapy, which loosens mucus and pus from the lungs. Also recommended is the intake of medication via inhalation, which can dilate the lungs and loosen mucus.

The following products can help you in cases of cystic fibrosis: 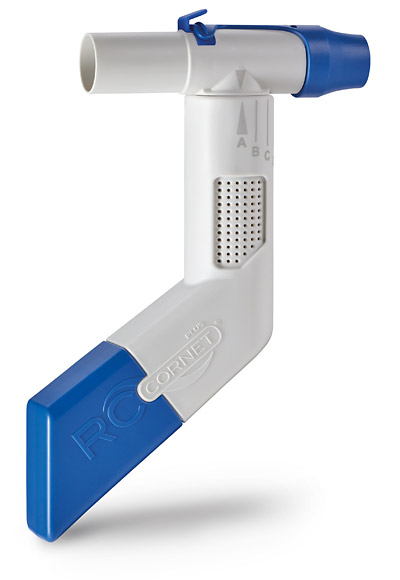 A PLUS for added quality of life

The new RC-Cornet® PLUS pep therapy device produces a positive exhalation pressure that loosens up stubborn bronchial phlegm in the event of chronic respiratory diseases, and reduces coughing and shortness of breath.
product information 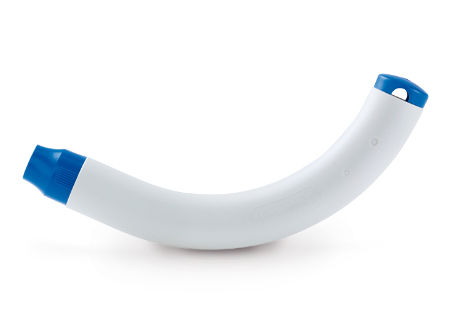 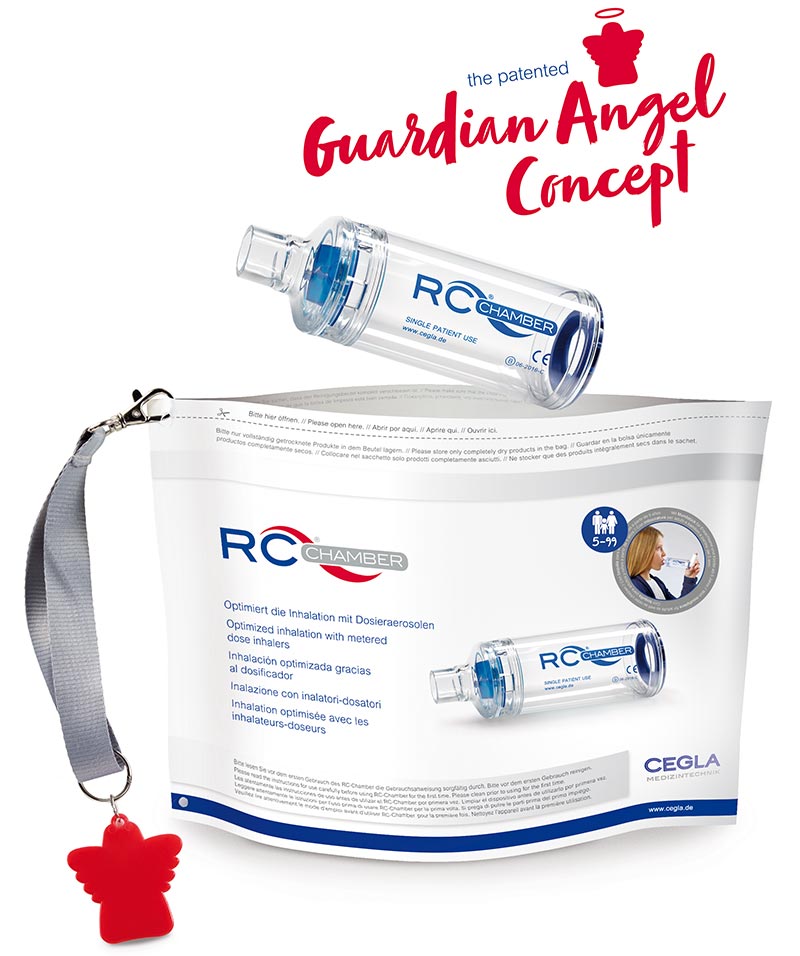 The spacer for inhalation for all ages

The RC-Chamber® spacer for inhalation simplifies the use of metered-dose inhalers and minimises side effects due to drug residue in the throat area.
product information 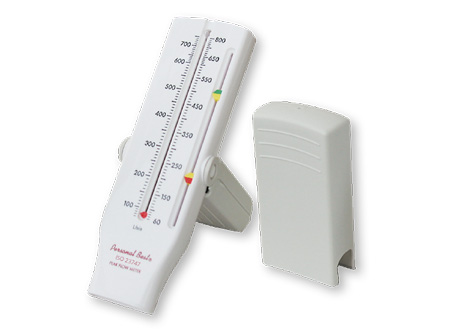 For the manual measurement of airway expansion. Adults and children can measure their peak flow values quickly and reliably with the Personal Best® Peak Flow Meter.
product information 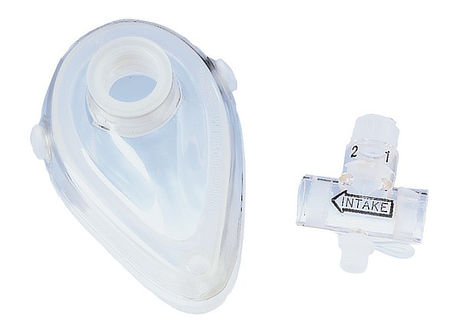 On exhalation, the PEP mask ensures that the airways dilate and that stubborn phlegm is loosened.
product information 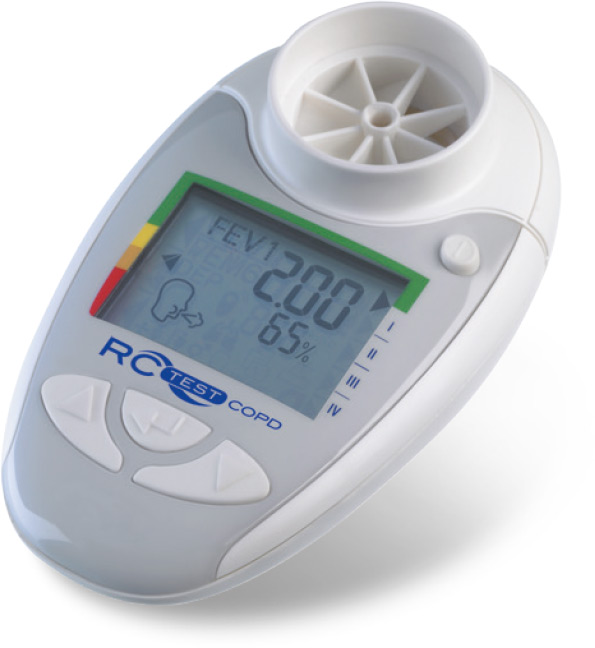 It measures the most important pulmonary function values for COPD quickly and reliably, and displays the stage of illness pursuant to GOLD.
product information
×