Nasal spray addiction – how to combat the addiction

Nasal spray addiction – people who use decongestant nasal sprays for more than 1 week quickly become addicted. Learn here how to combat the addiction and what are the alternatives. 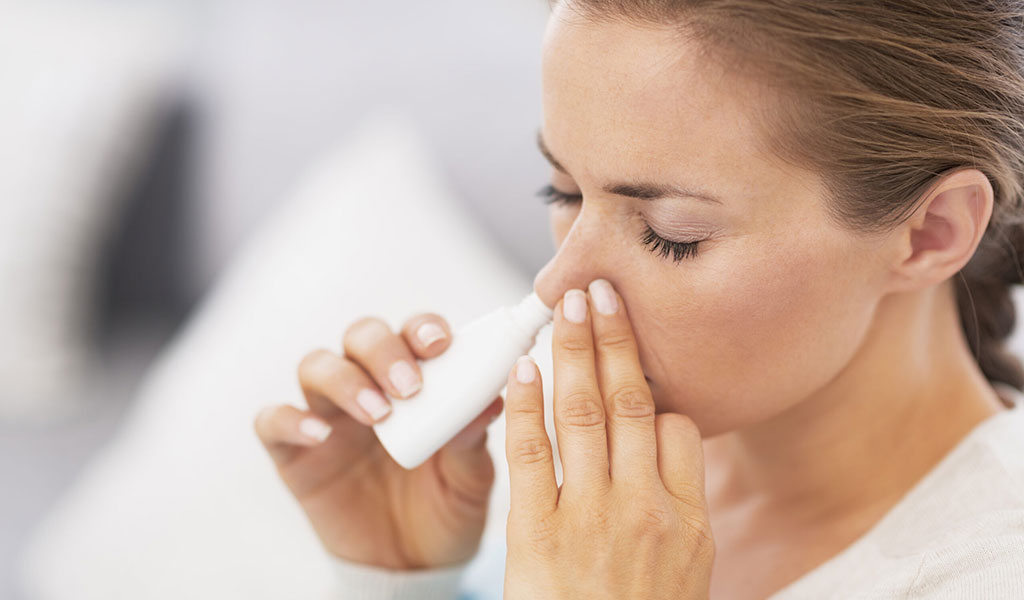 In Germany, at least 100,000 persons are affected by a nasal sprays addiction (rhinitis medicamentosa). Many experts estimate that the number is even closer to a million. © Fotolia.com

Addiction begins with the soothing and fast-acting effect of decongestant nasal sprays. Persons suffering from a serious cold can quickly obtain relief with this type of nasal spray. It takes effect just minutes after use. The blood vessels in the nasal passages constrict, swelling in mucus membranes reduces, and breathing freely is possible again.

However, the effect is just as freeing as it is of short duration. When the effect subsides after a few hours, blood flows back into the vessels, the mucous membranes swell again, and symptoms return. Ultimately, addictive nasal sprays do not treat the cause of a blocked nose, they only mask the symptoms. The actual cause remains untreated.

When the effect has subsided, it is of course easy to resort once again to the nasal spray. The promise of breathing through free nasal passages is enticing and the side effects are of secondary importance or unknown. We generally overlook the warnings in the package insert of a risk that quickly becomes reality: the addiction to nasal sprays (rhinitis medicamentosa).

When resorting to nasal sprays has become a habit, only after 2 weeks of regular use, it will be difficult to stop using them.
This is made even more difficult that the initial doses are no longer sufficient to clear a blocked nose. Those addicted to nasal sprays will therefore find themselves in a pre-programmed vicious circle: In order to achieve the desired effect, they must use the spray increasingly often, and in increasingly larger doses.

The signs of emerging addiction grow quickly: the fear of being unable to breathe without the spray increases gradually. Persons addicted to nasal sprays cannot go to sleep without one additional dose. They are fearful of leaving the house without the spray bottle and only feel reassured when they have a bottle in their bag. When attempting to break the habit, they experience a fear of suffocation and heart palpitations.

Side effects of nasal spray addiction

Those addicted to nasal sprays will experience adverse health effects with long-term use: The substances contained in the spray (such as xylometazoline or oxymetazoline) achieve their effect by crippling the natural function of the mucus membranes. When a nose is blocked, sprays have a decongestant and freeing effect but they damage the nose’s cleansing system in the long term.

In this process, the mucous membranes continuously receive insufficient nutrients, they dry out, they become increasingly thinner, and are no longer able to act as a filter for infiltrating pollutants. At the same time, the cilia, which are responsible for removing mucus, sustain lasting damage and susceptibility to penetrating viruses and bacteria increases.

In the event of chronic addiction to nasal sprays, a condition called “atrophic rhinitis” appears in the worst-case scenario. It arises when the nasal mucous membranes are largely atrophied and a greenish, pathogen-laden crust forms in the nose. This phenomenon is also called “stinky nose” in German, because the crust emits a fetid odour. Not least for this reason, those who are addicted seek withdrawal in the fastest and easiest-possible manner. 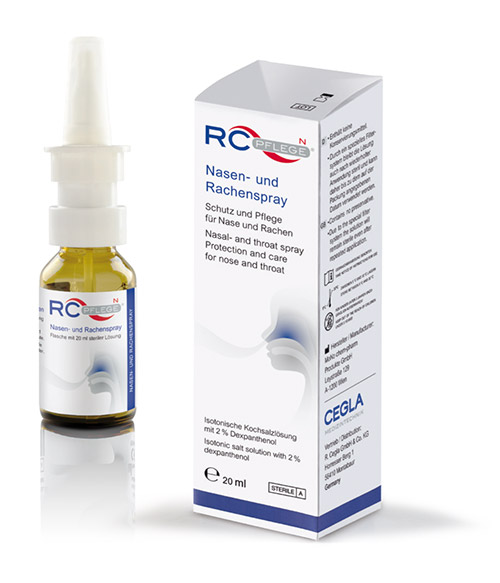 Natural care for the nasal passages

RC-Pflege® N protects the nasal mucous membranes from drying out and reactivates the natural passage of mucus in the upper respiratory tract.
product information

What can be done about addiction to nasal sprays?

Those who decide to fight their addiction to nasal sprays should make a withdrawal plan together with their ENT. Depending on the withdrawal method used and duration of the addiction, withdrawal symptoms may last 2-3 weeks but could also abate after only a few days. Critical to success is the initial phase, in particular, during which many addicted patients relapse.

There are withdrawal methods, however, that can make this transition easier: 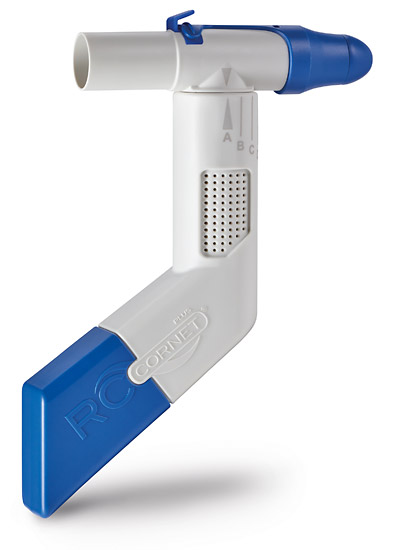 Use of the RC-Cornet® PLUS NASAL produces vibrations that are transmitted to the entire nose and throat area. These have a decongestant, expectorant and regenerating effect over time, especially with chronic upper respiratory tract diseases.
product information

For all those who deal with pneumological topics related to the respiratory tract in a professional context, please find here the subscription to the CEGLA FACHNEWSLETTER.